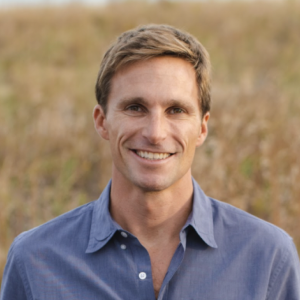 I have a question sparked from Exodus, specifically chapters 12 and 13 describing passover.

2. What is the deal with circumcision? What does it mean for Christians now?

I love these two questions, because they’re both pointing to the greater mystery: “What exactly is the relationship of the Old Testament (OT) to the New Testament (NT)?” And the two specific things you chose to ask about (passover and circumcision) are the PERFECT way to begin to see that relationship.

So yeah, you are right that most Christians don’t celebrate Passover or do ceremonial circumcisions. As a side note, Hannah’s family is Jewish, and so we do celebrate Passover every year with her family and with our kids, and it’s awesome. Jesus also celebrated Passover. So there’s nothing against Christians celebrating it. I think it’s a great thing to do. But you’re right, it’s not central to most Christian’s practice anymore. But why, because in the OT, the Exodus and circumcision were a HUGE deal. Well, sometimes you’ll hear people talk as though the NT kind of “trumps” the OT, as though whatever the OT said, it doesn’t matter anymore because Jesus came and undid all that. This is false. Jesus did not come to undo any of the OT. He came to fulfill it. If you see these things through the lens of “fulfillment,” it all begins to make more sense.

For example, why did the people of God celebrate Passover? Because they were remembering the dramatic deliverance of their people out of slavery from Egypt, and, eventually, into the Promised Land by means of–what?–the blood of an unblemished lamb on each door. Now think about what happens in the Gospels. The week Jesus dies, they are celebrating the Passover feast. In fact, on the night of the Passover meal, Jesus (whom John the Baptist called, “the lamb of God”) presents a new meal–not to undo the truth of God’s deliverance in Passover, but to fulfill it. And what is the meal that Jesus presents to the disciples? “This is my body. Do this in remembrance of me.” He refashions the Passover meal so that his people are feeding on his body and blood (relying on his death) for their deliverance not just from slavery to Egypt but from slavery to sin and death! He is the lamb of God who takes away the sins of the world. And, when he serves the meal, he says, now do this in order to remember me. In the Episcopal Church, when we serve communion, the priest actually says, “Christ our Passover is sacrificed for us.” And then the people respond, “Therefore let us keep the feast.” Which is an acknowledgment of the fact that Christians have not given up the Passover meal. In fact, we celebrate it even more than once a year! It’s called communion. Do you remember when we talked last week about how some themes in the Bible move from “palpable” to “cosmic” and others move from “cosmic” to “palpable.” This is an example of both happening at the same time. The palpable becomes cosmic: Deliverance from physical slavery through an actual lamb into an actual land becomes deliverance from the power of sin and death through the Lamb of God into the Kingdom of Heaven. The cosmic becomes palpable: The cosmic hope that Jews spoke (and still speak) of in the Passover meal, that they would be fully redeemed from every kind of tyranny just as they were redeemed from the Egyptians, actually became a reality when Jesus came to the earth and said, “Eat my flesh and drink my blood.” And we actually do that when we eat the bread and drink the wine of communion. It isn’t just a cosmic remembrance anymore. It’s a palpable meal.

Circumcision is a similar story. Jesus does not undo circumcision–or the thing circumcision represented–but rather fulfills it. Circumcision in the OT was a way of “marking the flesh” that you were one of the people of God. It was palpable just like the Promised Land was an actual land. And this had some obvious downsides. Just as the people of God needed more than just freedom from Egypt and more than just some new real estate, they also need more than just a mark on the bodies of their male offspring. Jesus doesn’t really talk about this very much, but Paul ends up making it clear how circumcision was a sign that was not enough in itself, needed to be fulfilled, and was fulfilled by Jesus. Romans 2…

Again, this is not exactly the un-doing of circumcision, as though it didn’t matter. No, it mattered A TON. It was what marked the people of God! But now the people of God were being declared and made into a new people by Christ. Not just their flesh, but their whole person. So how does circumcision become fulfilled in the practice of the Christian church? Baptism. This is why baptism is so important. Because it is circumcision of the heart. Again, in the Episcopal liturgy, when someone is baptized, the priest says, “You are sealed with the Holy Spirit and marked as Christ’s own forever.” That word “marked” is straight from the language of circumcision. Again, Paul in Colossians 2…

11 In him also you were circumcised with a circumcision made without hands, by putting off the body of the flesh, by the circumcision of Christ, 12 having been buried with him in baptism, in which you were also raised with him through faith in the powerful working of God, who raised him from the dead.

So baptism becomes the cosmic/universal fulfillment of the OT’s mark of circumcision, universal even in the sense that it is applied to women and men alike! Pretty amazing. I hope that helps.